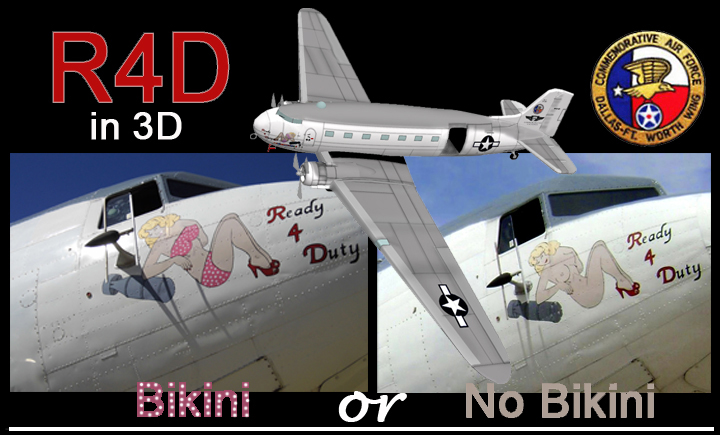 The DFW Wing of the Commemorative Air Force's pride and joy is their Douglas R4D-6, nicknamed "Ready for Duty." This aircraft was built in 1944 and saw service as a German submarine hunter in the US Navy. She carried depth charges and was credited with sinking a U-Boat. Post-war she was used by the Navy for experimental electronic surveillance testing. This aircraft also participated in the historic Berlin Air Lift. Later she was used to fight forest fires.

In 1981, she was acquired by the DFW Wing of the CAF and continues to be showcased at the DFW Wing's Lancaster, Texas airport site, on tour with the CAF and in air shows. Often she is used by paratroop teams as well as a "step back in time" ride flight opportunity for the public. 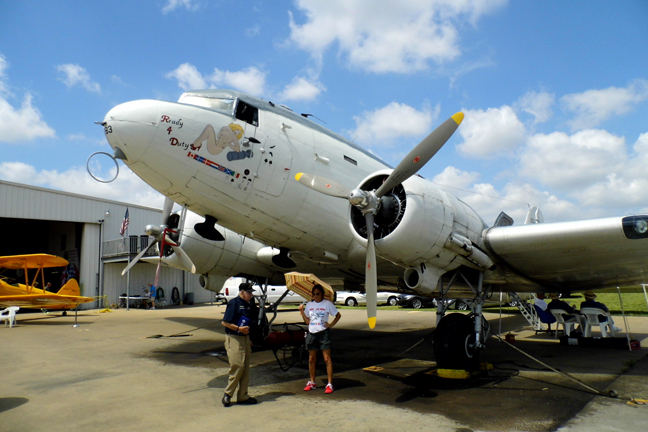 Years ago I built a C-47 Skytrain for my D-Day 3D diorama. After learning about this Navy version of the C-47 and seeing it in person, I decided to make new texture maps for a 3D version. For dozens of years or at least since 1981, this R4D carried a nude leaning on a depth charge on both sides of her nose. I'm told she was the last CAF aircraft in the fleet to carry nude nose art until it was decided to make her more family-friendly and add a bikini.

My friend Ken Kovar has been a member of the CAF DFW Wing for many years and is a member with me of the CAF B-29/B-24 Squadron. I thought it'd be fun to give him a print of my 3D R4D for Christmas in 2014.

I polled my friends in my Facebook group, "Modeling History in Digital Diorama." Should the nose art be nude or in a bikini? The response was overwhelming - nude. Because I had high resolution pictures of the before/after bikini, I decided why not make both for Ken?

I had some pictures of the R4D - many I recently took at a local air show. Other pics I found on the internet. 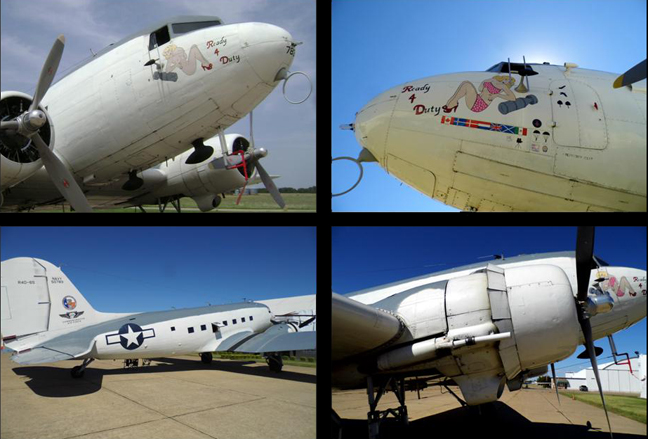 I made the texture maps for the 3D model including isolating and cleaning up the nude and bikini-clad nose art.

After the texture maps were created, it was just a day's work finishing the model. I've seen some WWII paratrooper reinactors jump from the R4D so I thought it'd be neat to have them jumping out of my 3D model in the skies over Lancaster. 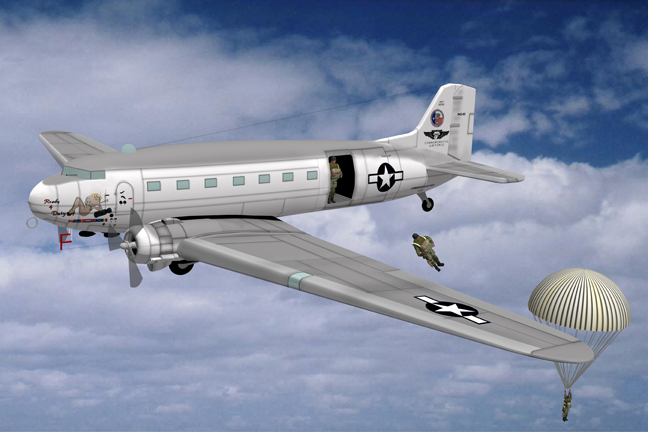 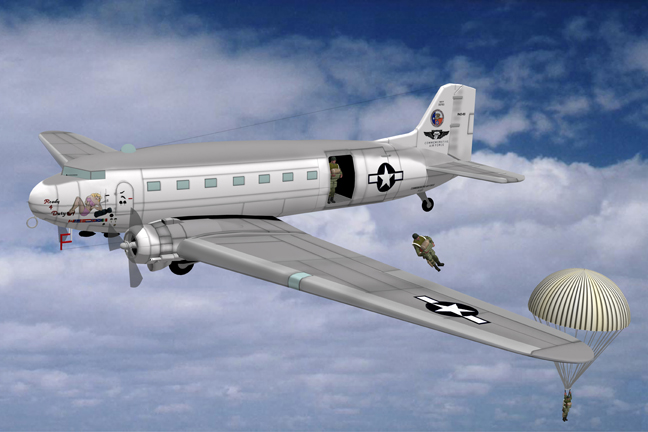 So for my friends on Facebook, here is a close-up of the "nude" version of this model. 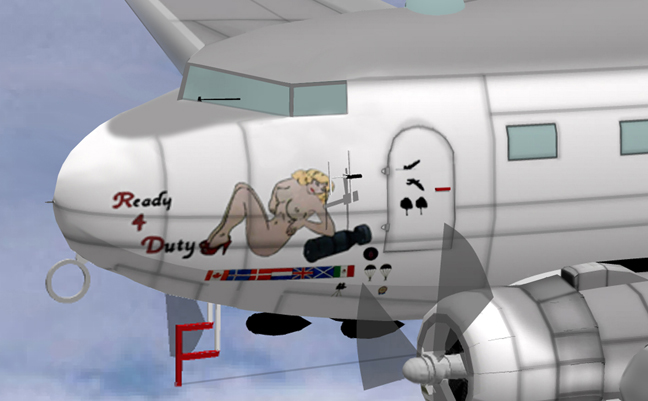 It was a fun project and I'm excited about my growing library of CAF aircraft. Time to make a Stearman!

For more info on the CAF DFW Wing aircraft and tour schedules, visit their website at www.dfwwing.com

A gift for my friend Ken. I replicated a T-shirt graphic he likes with a 3D R4D and U-Boat.