A gift for my friend, Al Benzing 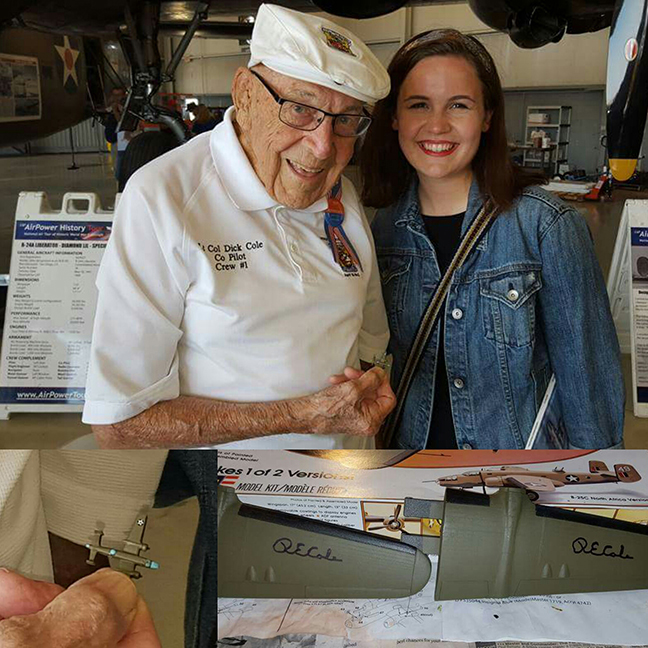 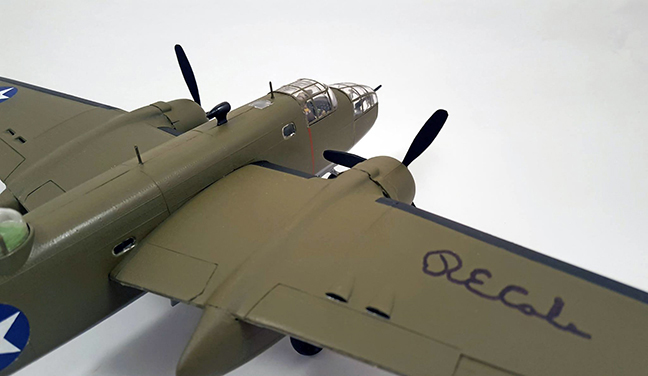 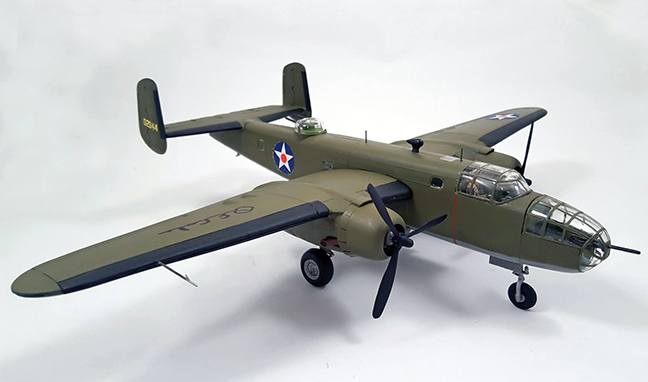 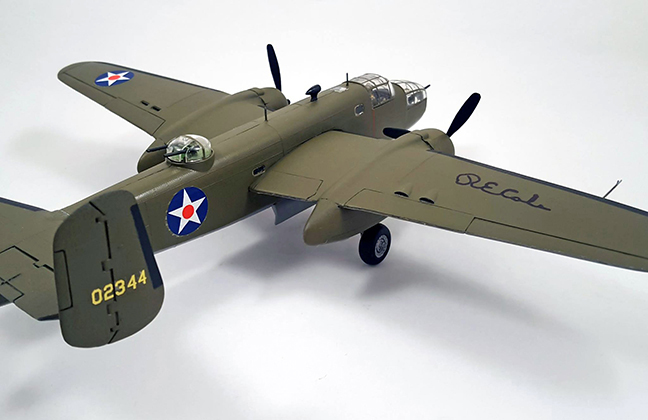 Added weights to the nose and engines so it isn't a tail-sitter. 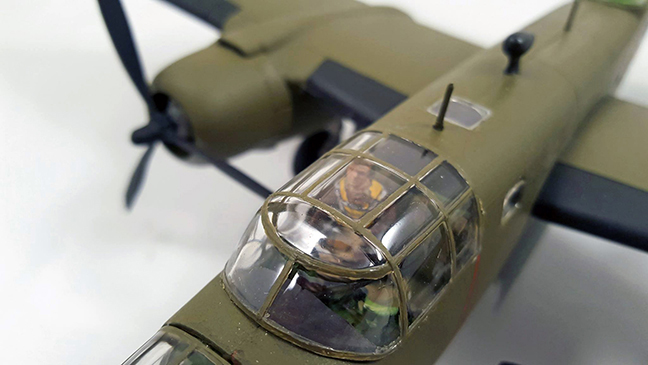 Just one figure in the cockpit. A young Dick Cole doing the pre-flight check. 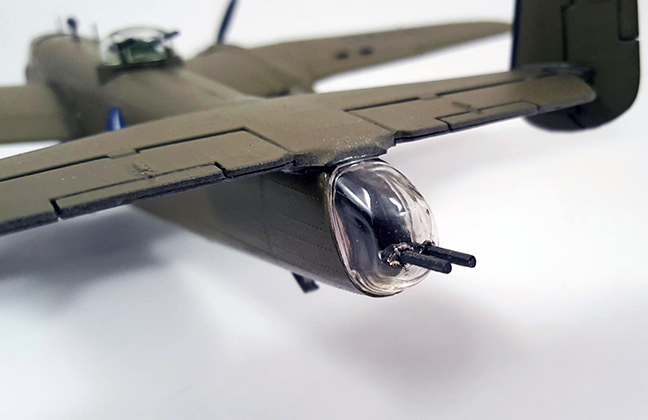 Made some "broomsticks for tail guns" 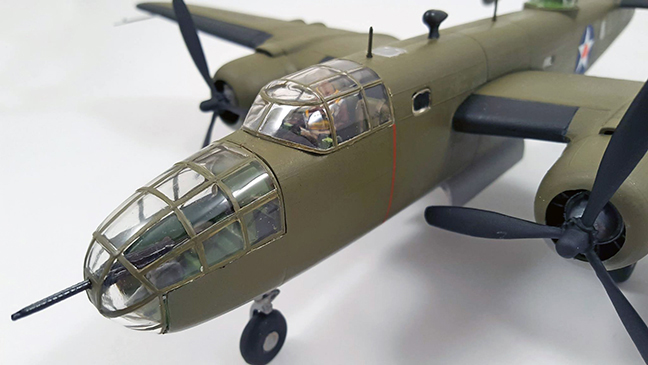 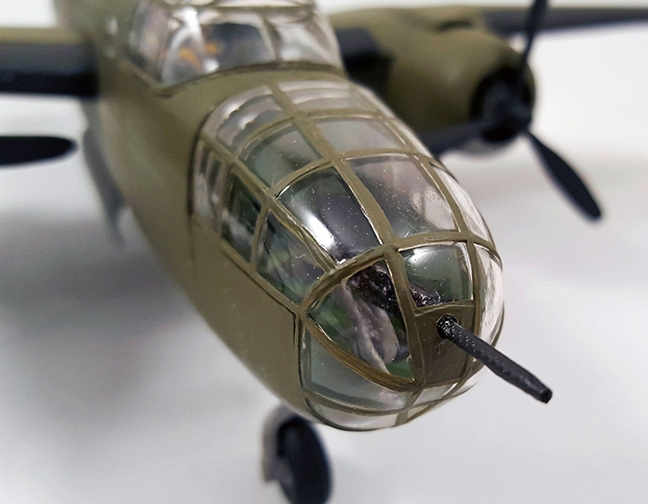 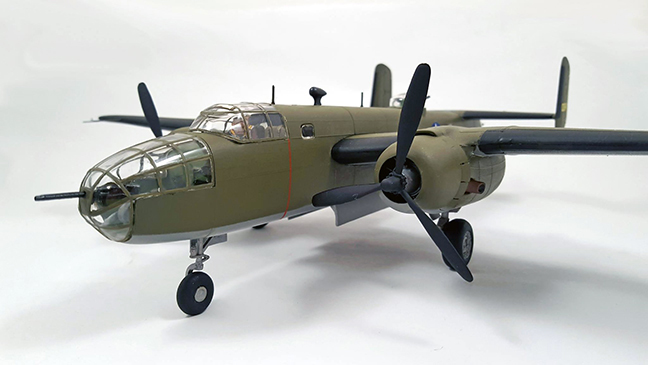 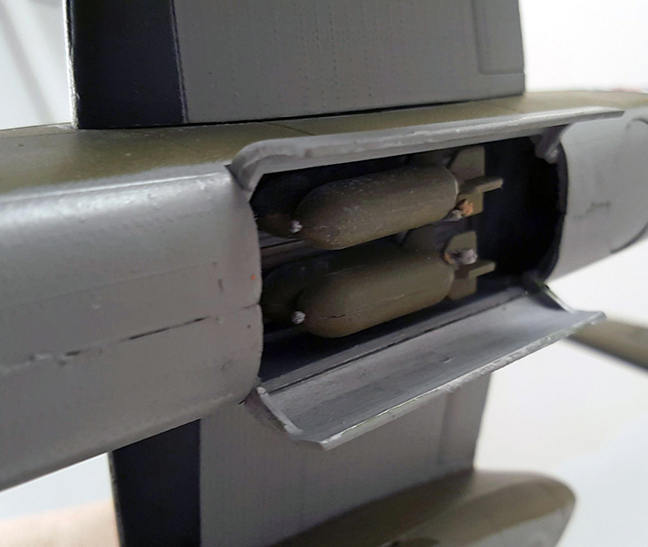 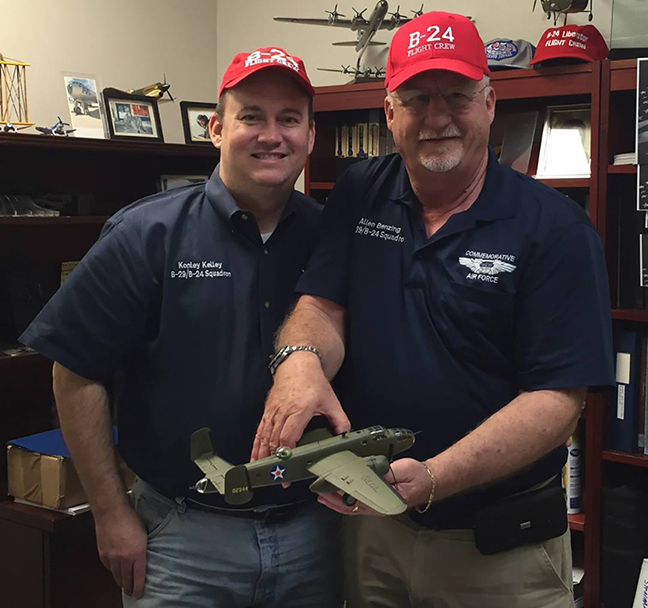 A very happy Al Benzing with me.