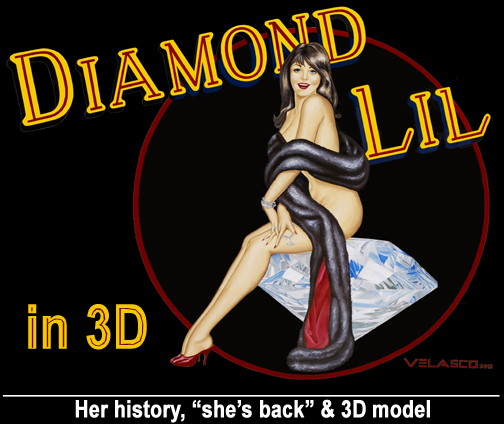 I wish I could build a B-24A Liberator scale model. Unfortunately, one doesn't exist in any scale and scratch-building would be a challenge. I could've put some killer decals on that model. The good news is I can build one in 3D on my Macintosh. That is what I did. And, I was pretty motivated. I've flown on the real thing - a B-24A Liberator called "Diamond Lil."

I joined the Commemorative Air Force B-29/B-24 Squadron in December, 2010. It has been a wild ride since then. I've been trained to be a crew member on "FIFI" the world's only flying B-29 Superfortress and "Ol'927" one of only two flying B-24 Liberators.

The Consolidated B-24A Liberator "Ol'927" was built in May, 1941. Prior to her departure to England, she was damaged in a training exercise. The damage was significant enough to end her trip to England and begin her service as a transport aircraft in the U.S. After the war, she was fitted out as a civilian aircraft and operated by several companies. In 1969, the CAF bought her and repainted her in the desert colors of the 98th BG in WW2 "The Pyramiders" famous for the raids on the Ploesti oil refineries. She took on the name and nose art "Diamond Lil."

I first met "Diamond Lil" in 2005 when she paid a visit to the Cavanaugh Flight Museum. 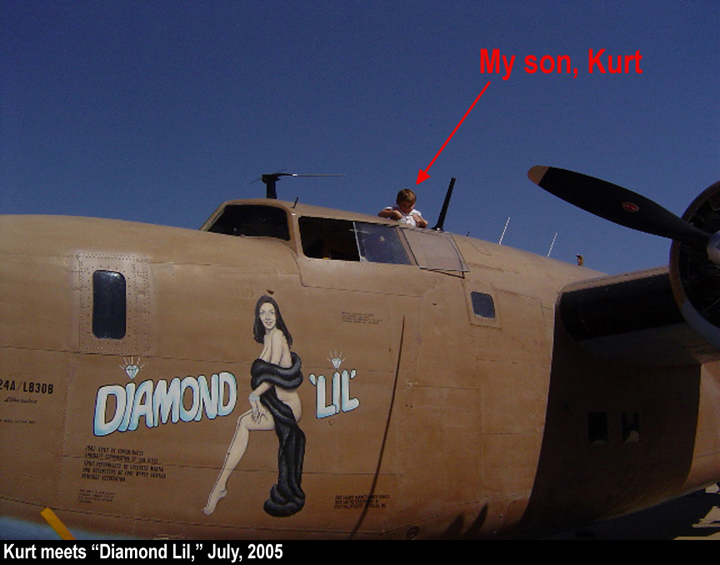 In 2006, Crew Chief, Gary Austin, began work to restore her to her original B-24A configuration in 1941. Her nose art was repainted "Ol'927" and she continued to be a popular attraction at airshows.

In 2010, "Ol'927" and "FIFI" were moved to their new home at the Cavanaugh Flight Museum in Addison, Texas. A dedicated crew of CAF volunteers work on both aircraft so they can stay flight-worthy and enjoyed by the public for many years to come.

Recently, the Squadron voted to bring "Diamond Lil" back. Having been known for so many years as "Diamond Lil," it made sense to bring back this familiar brand. Gary Velasco, a painter known for his work with warbirds, was enlisted to do the work. A decision was also made to paint a U.S. "neutrality flag" on the right side of the aircraft. Prior to WW2, "Diamond Lil" and other early B-24 Liberators carried a huge U.S. flag on the nose.

The unveiling ceremony was April 21, 2012. "FIFI" watched as her sister got some well-deserved attention. B-24 veteran, Robert Phillips, a top turret gunner in the 348th BS / 98th BG was among several honored guests. "Diamond Lil" also now carries the emblem of The Air Transport Command / U.S. Army Air Forces.

So what do you think of our new nose art? 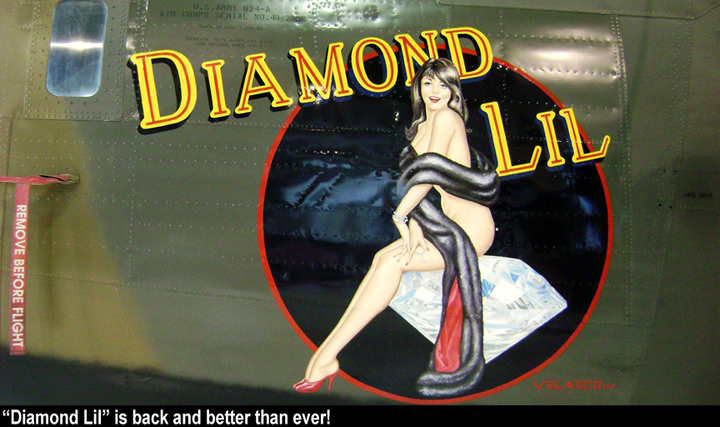 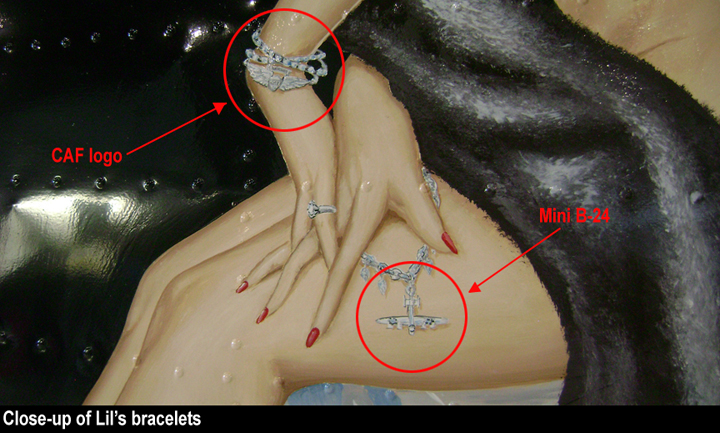 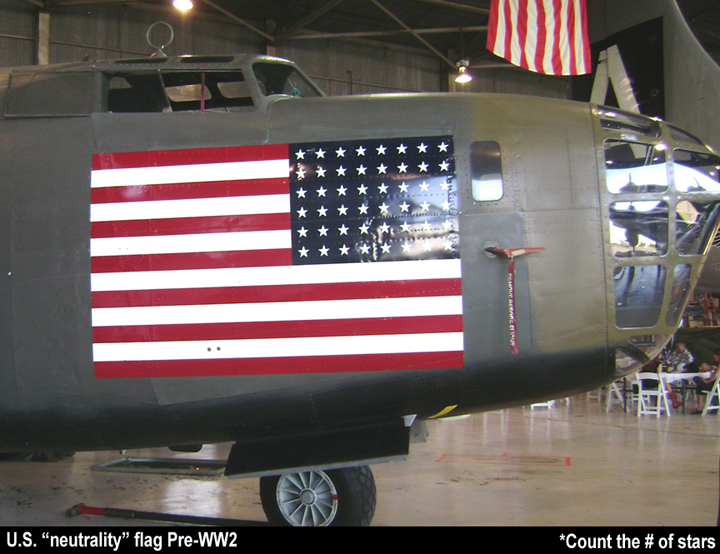 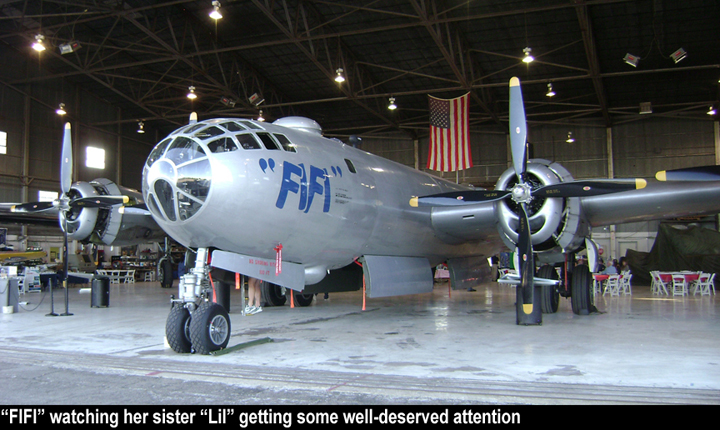 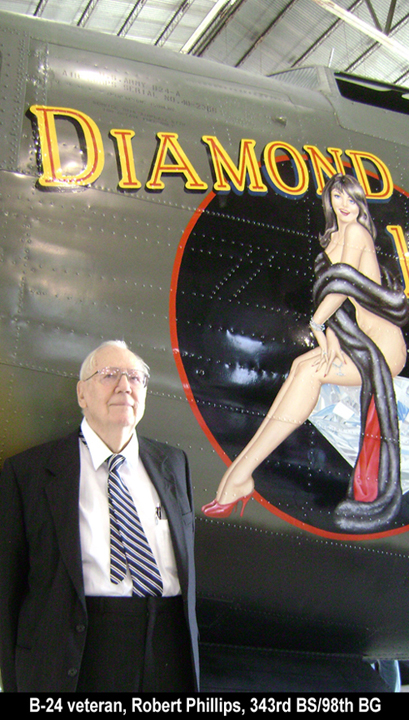 I was able to see a preview of "Diamond Lil's" new nose art and used a photograph to create a texture map for a 3D model of "Diamond Lil." I set about building the 3D model with the advantage of having the real thing as a visual reference. I also used books from Squadron Signal as a reference. 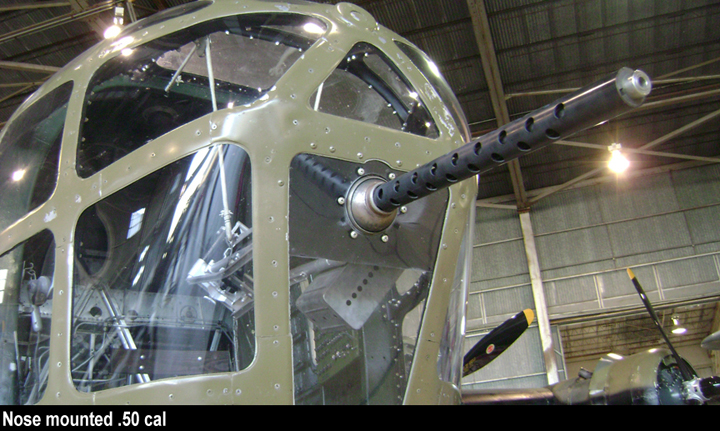 I feel pretty confident saying I am the only person to ever make a 3D model of a B-24A Liberator. 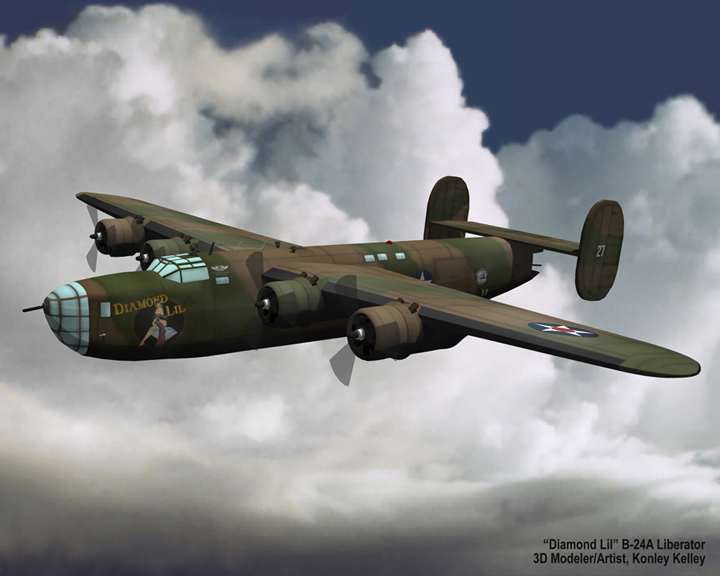 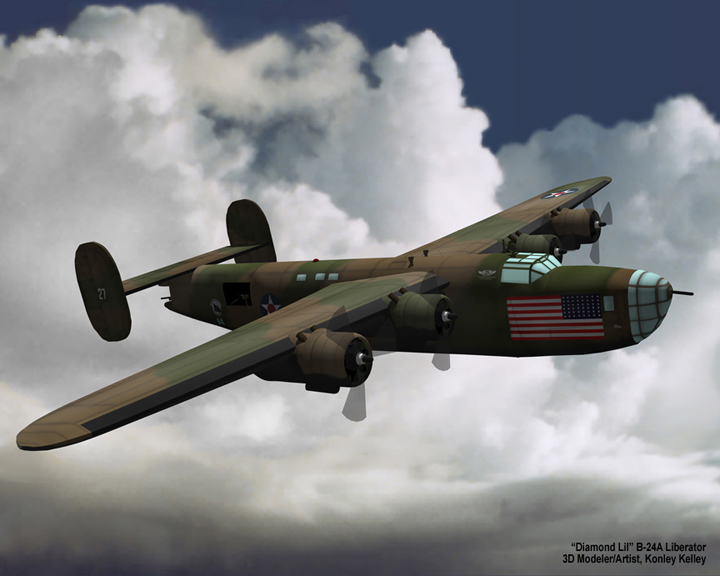 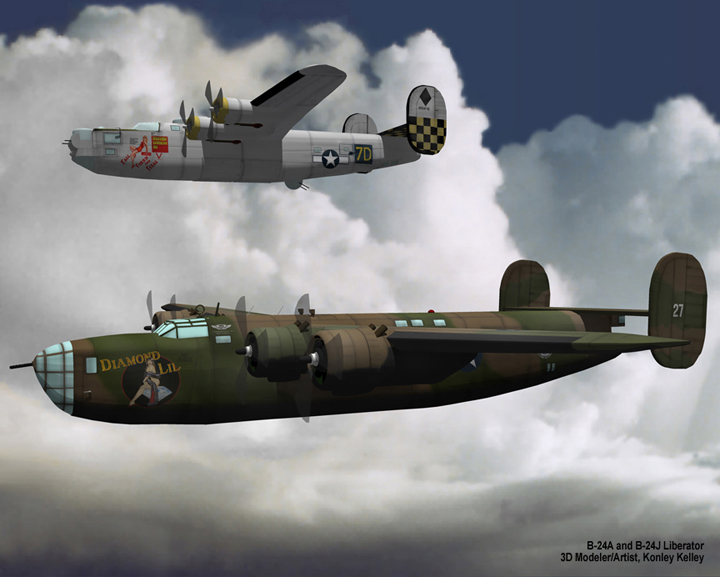 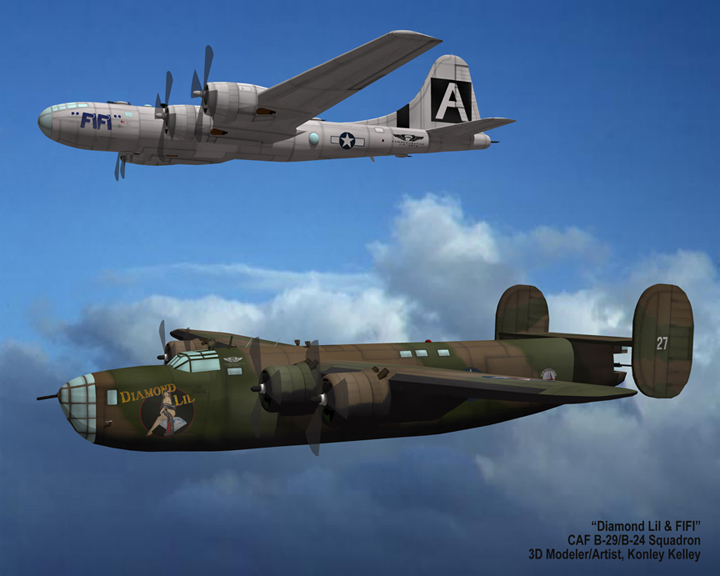 I'll be joining "Diamond Lil" for a trip to Kansas in early July. I can't wait. There is nothing else like being on this classic aircraft and standing next to the open waist gunner window. Very, very cool. 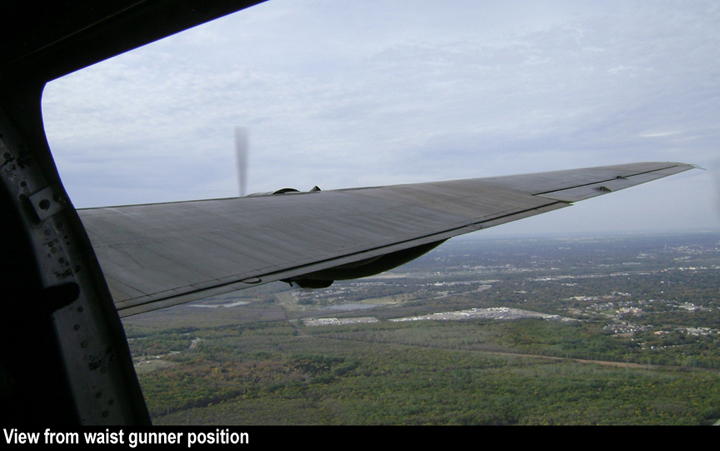 Both "FIFI" and "Diamond Lil" will be touring the U.S. in 2012. For a tour schedule and locations see:

Or see her and "FIFI" when they are in Addison, Texas at the Cavanaugh Flight Museum