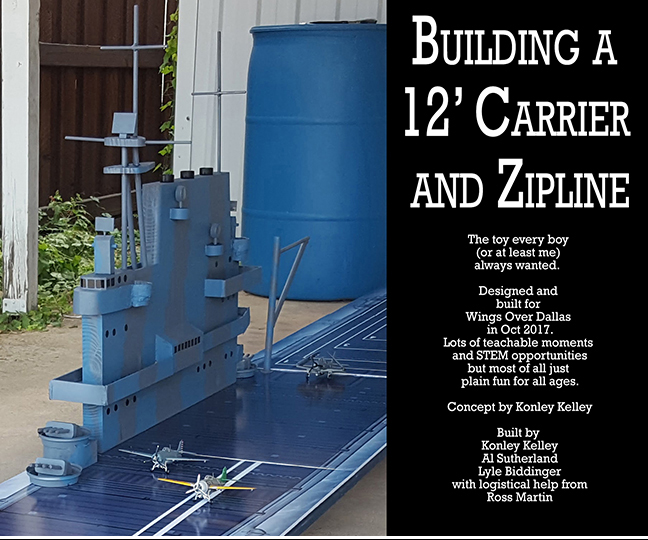 Originally conceived to be the USS Yorktown CV-5 (you can see the 1:700 Yorktown in the Battle of Midway section on the website). The project was switched to the USS Hornet CV-8 because the Hornet was in the Doolittle Raid and the Battle of Midway, both key events in WWII. The CAF National Airbase show Wings Over Dallas was to include an appearance by the last living Doolittle Raider, Col. Dick Cole, another incentive to switch our 1:72 carrier project to the Hornet.

Following are pictures of a 1:700 model of the Hornet and a custom-built roughly 1:72 model of the Hornet with a zipline on the back to land 1:72 diecast aircraft. The completed model was a hit at Wings Over Dallas as was a 1:700 display of WWII aircraft carriers. At the conclusion of the airshow, over 600 "pilot cadets" (mostly kids) had tried the zipline. Thanks to some clever design decisions during construction, the carrier breaks down into five deck pieces and the island. It fits in the back of an SUV and is easy to set-up and tear down. Contact me at konartist@verizon.net if you would like to know more about the project OR want to schedule it for an event. 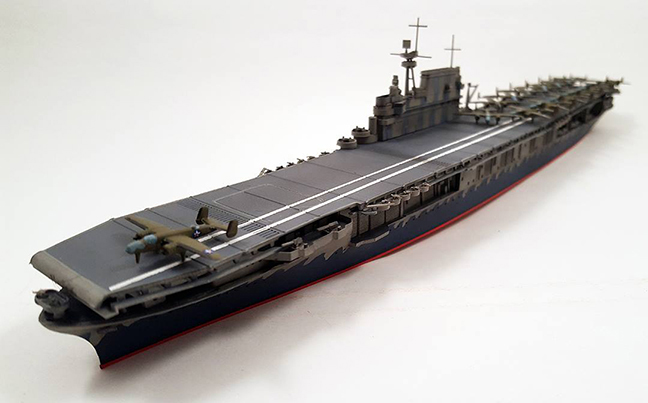 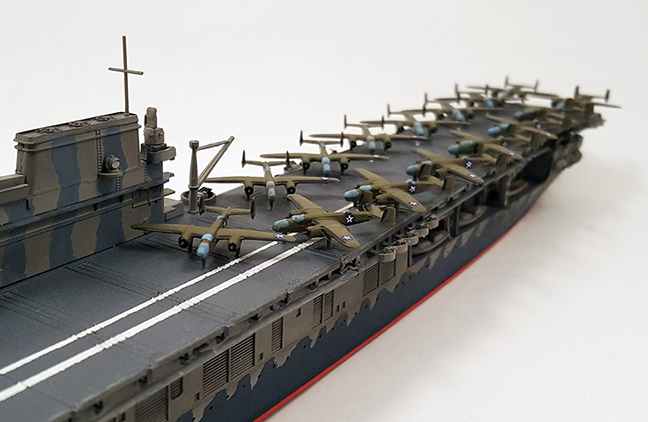 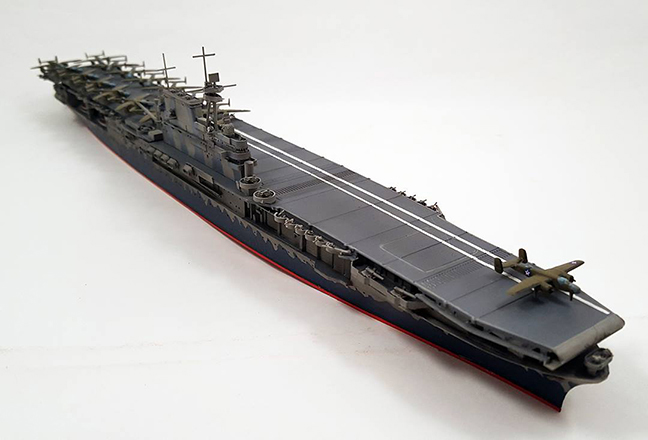 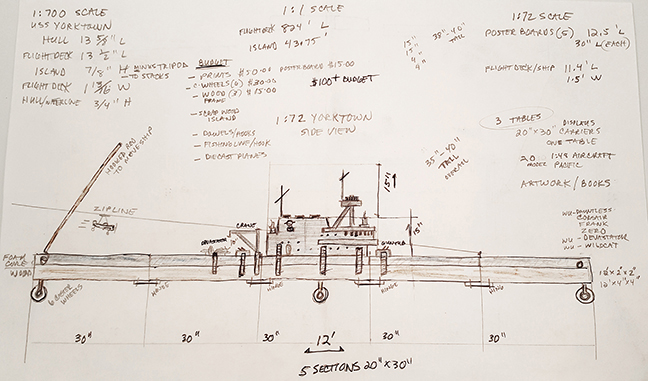 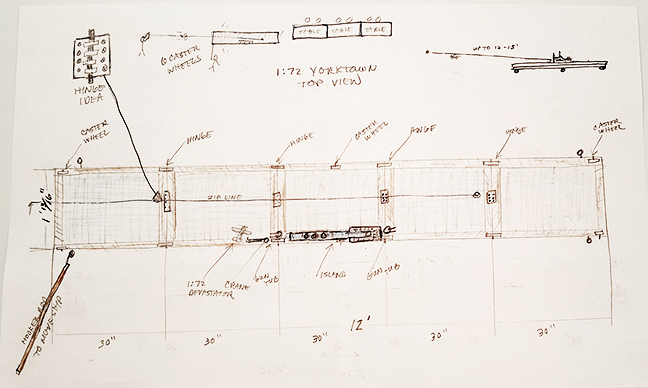 Original blueprints. The ship was put on caster wheels so it could roll and be pushed side-to-side during zipline landings. 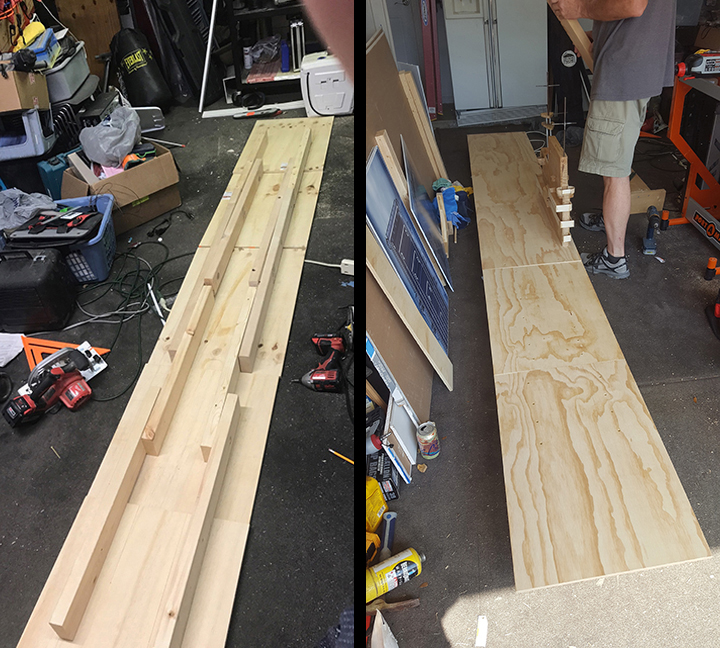 Interlocking boards are bolted bolted together. Five flat pieces create the flight deck. The island is bolted into the base and removable. Total base is12 ft. long.

Graphics for the five sections of flight deck 20" x30" each. Mounted on posterboard, they will be attached to the base with adhesive business card magnets. 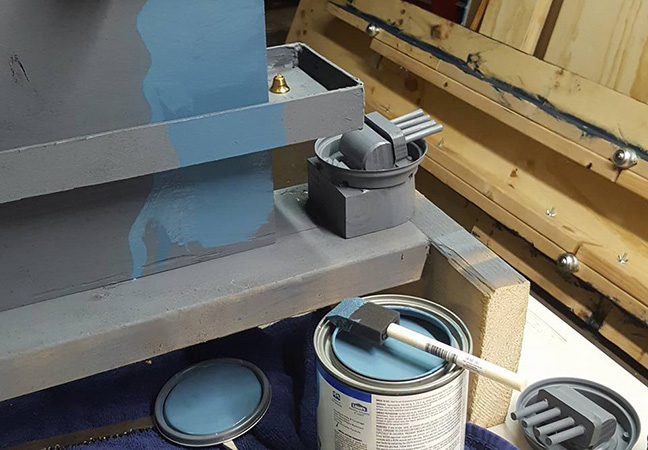 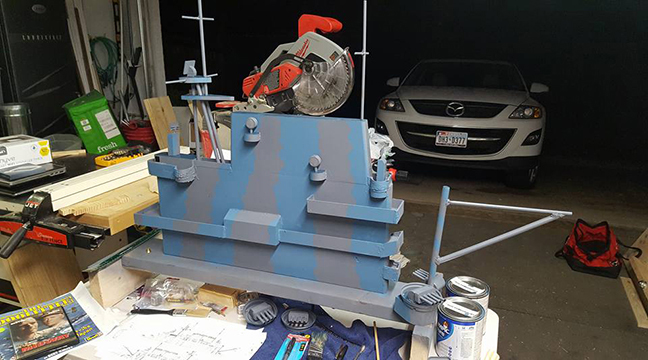 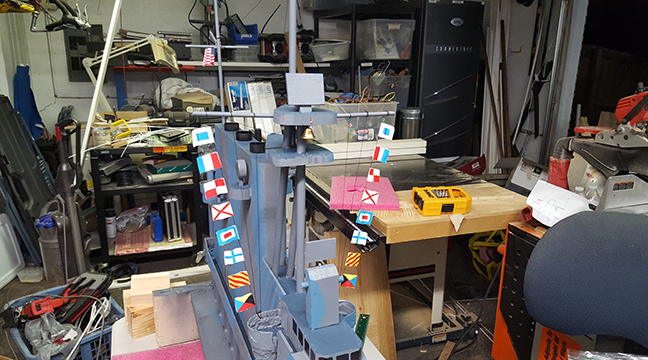 Signal flags plus a U.S. flag on the mast aft of the stacks. Even a ship's bell has been added. 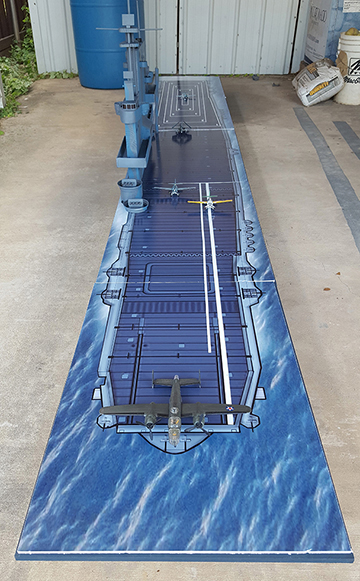 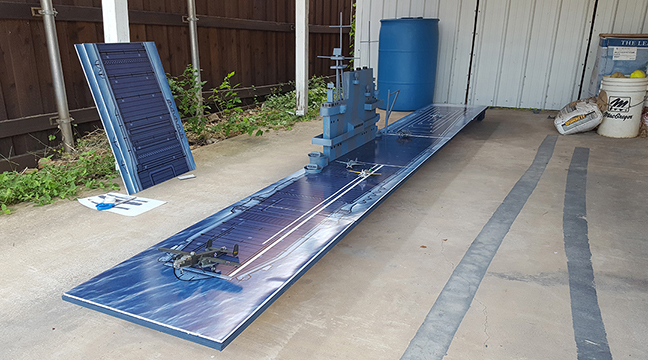 You can see the extra flight deck pieces if we want to make the ship a static display (would love to fill the deck with Doolittle Raiders). 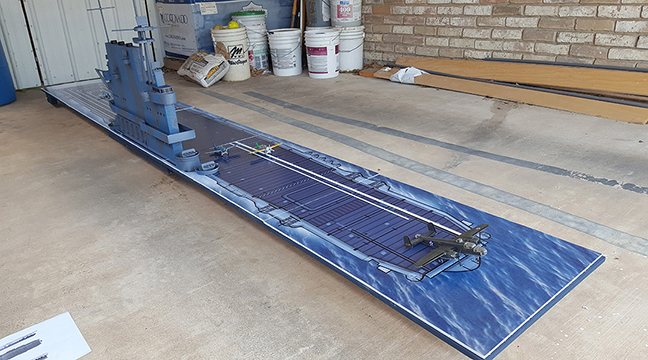 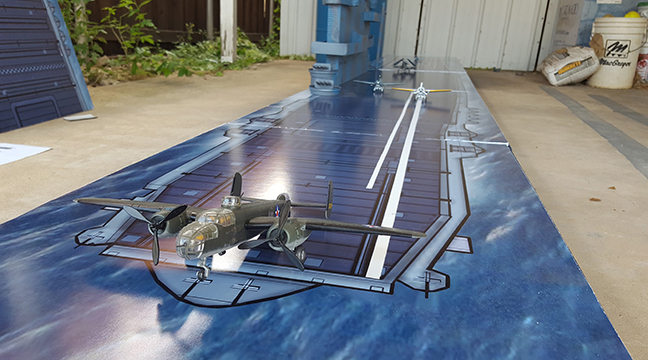 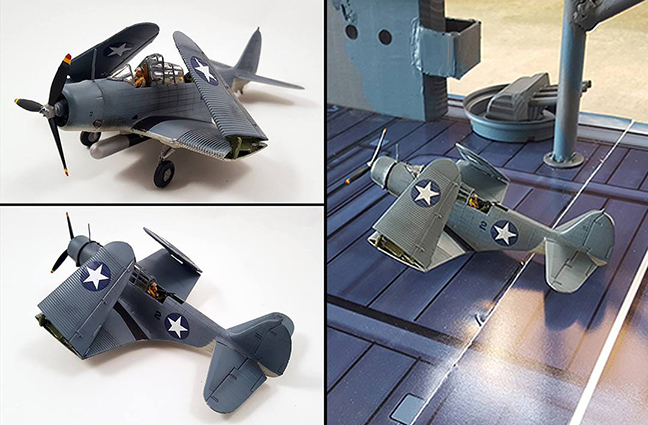 Static models like this TBD Devastator and a Doolittle B-25 Mitchell help us tell the stories of the Doolittle Raid and Battle of Midway. 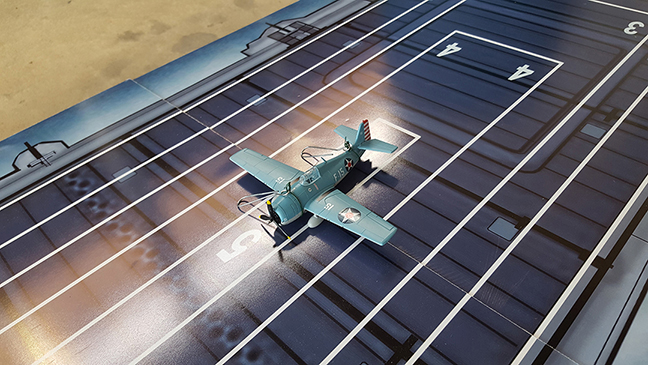 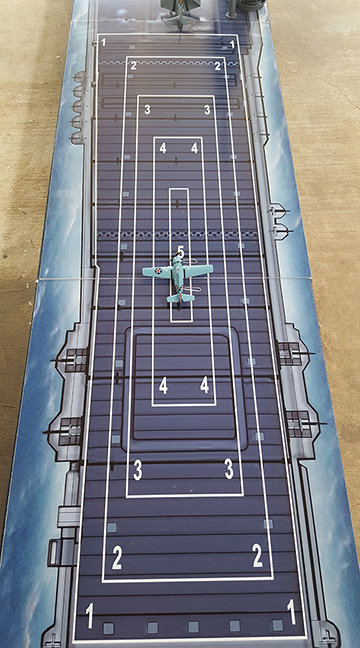 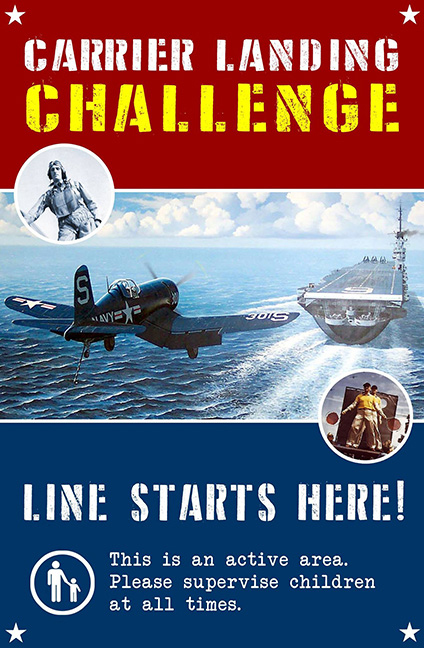 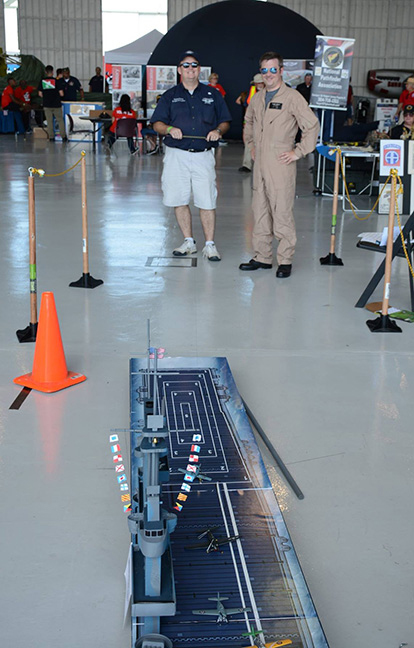 Konley Kelley and Ross Martin with carrier at WOD. 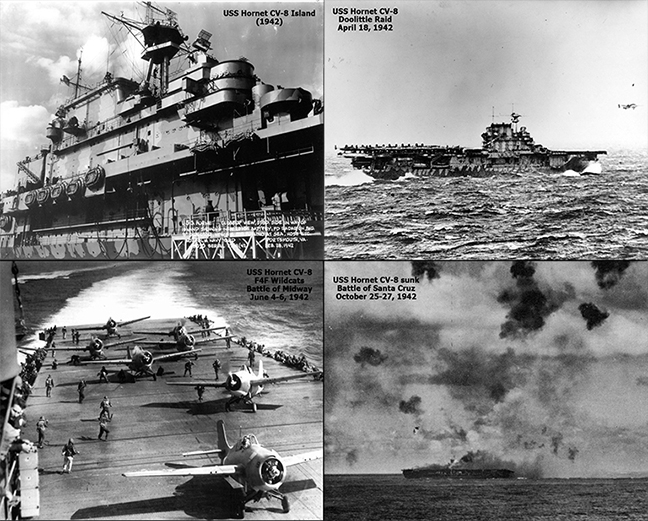 Historic B&W pictures of the USS Hornet CV-8 for the display. 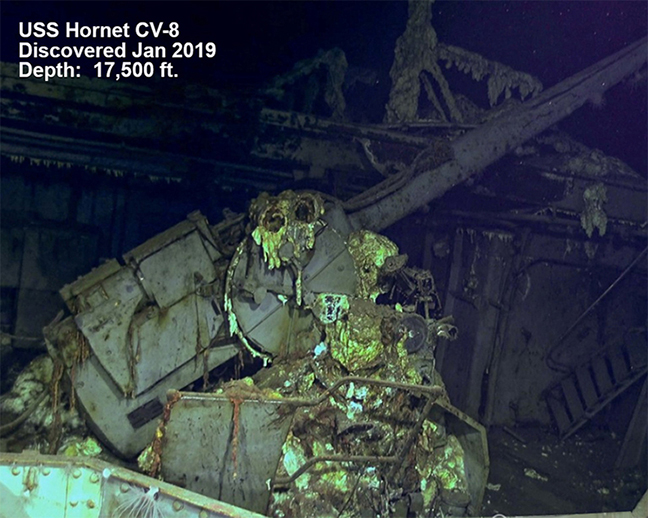 Wreckage of the USS Hornet CV-8 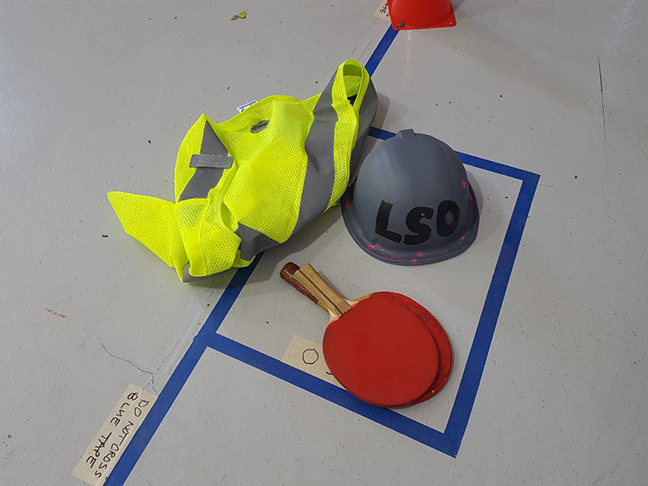 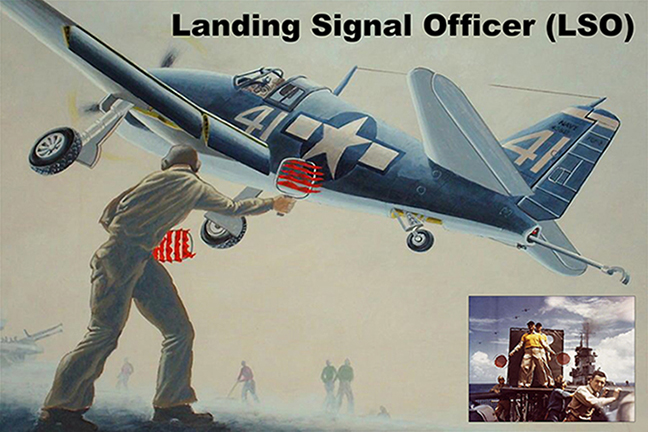 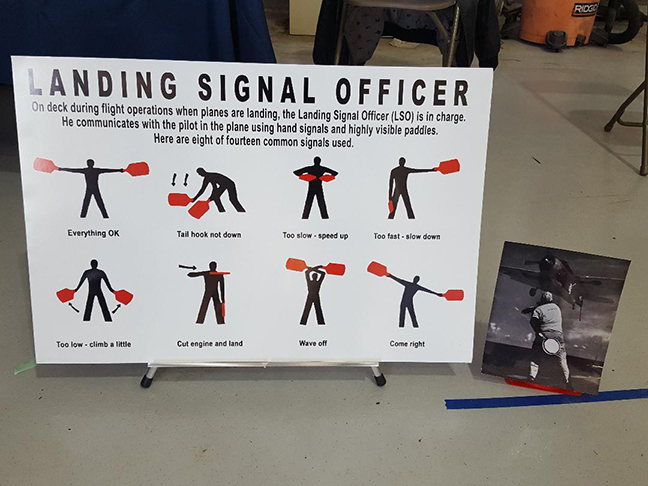 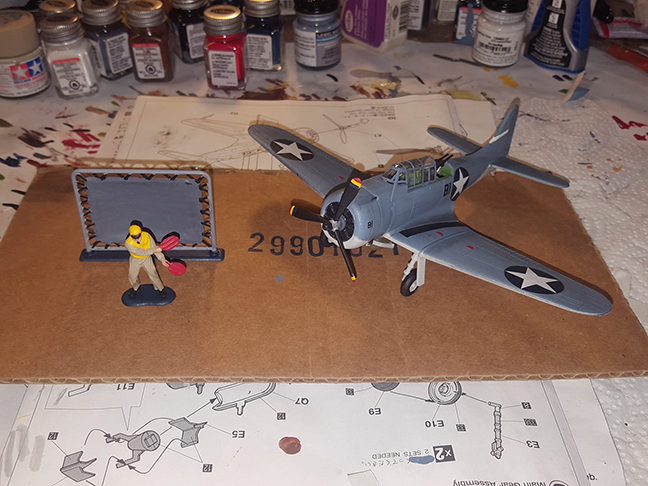 Little LSO guy and 1:72 Dauntless added to the display 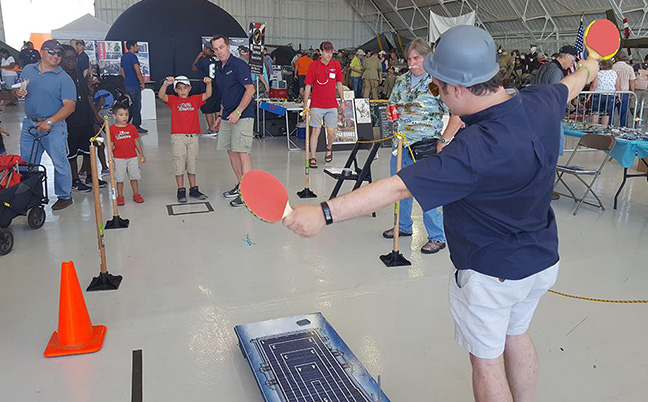 Zipline in action. 600+ mostly kids tried it. Ross is playing the part of the "LSO."

Lyle is helping a young pilot cadet launch his plane. Each child who stuck the landing got a sticker and salute. 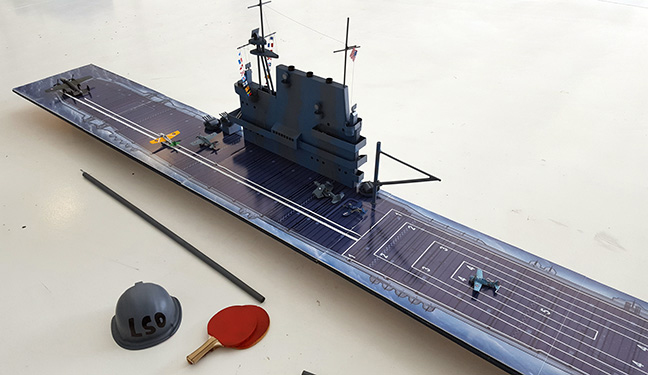 Props used for the zipline: LSO helmet, paddles and a rod to push the stern side to side. 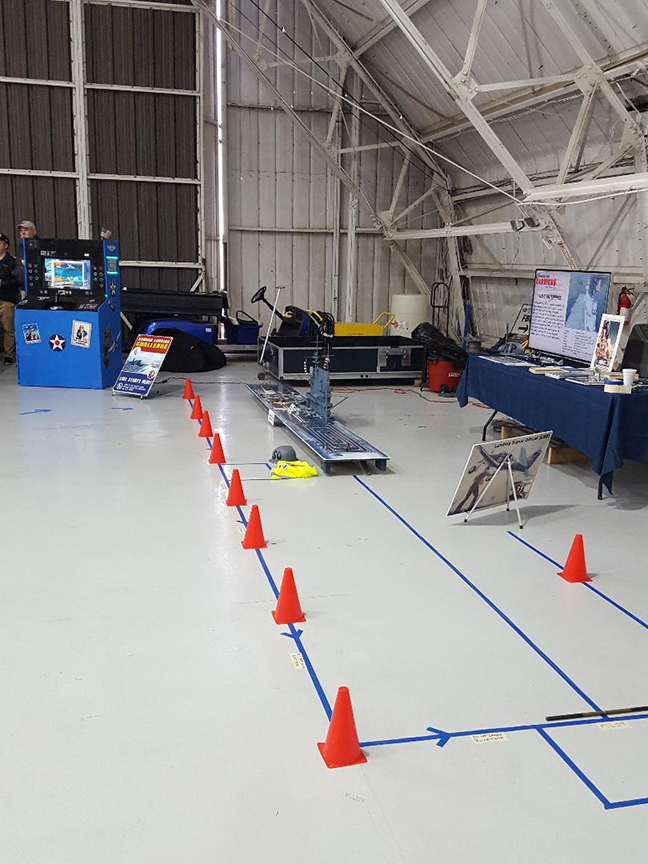 Set-up at Wings Over Dallas 2019. Ross made a videogame! 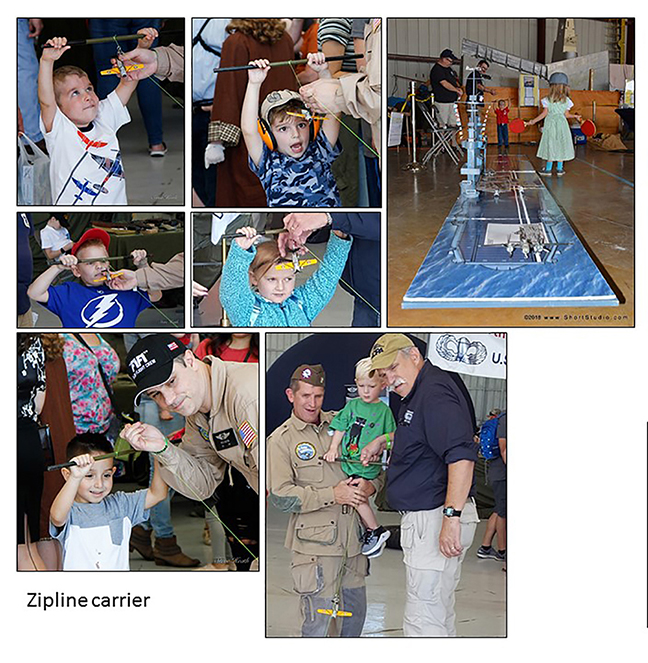 Kids having fun with the zipline!

1:700 Carriers of WW2. Models and display by Konley Kelley