In 2006, I participated in a Group Build with the International Plastic Modelers Society (IPMS) of North Central Texas www.ipmsnct.com The theme was "WW2 in the Pacific, 1945." I offered to build the USS Enterprise, CV-6. My kit was a Tamiya 1:700 USS Enterprise CV-6. It was a nice kit and included a number of Avengers, Corsairs, Hellcats, and Helldivers.

This group build was going to be displayed at the IPMS Nationals in Kansas City from August 2-5, 2006 so I knew my contribution needed to be as historically accurate as possible.

My research included searching the web and purchasing a book about the USS Enterprise CV-6 "The Big E."

For fun, I modified my 3D model of the USS Hornet by adding new texture maps and the number for the USS Enterprise. I also modified my 3D Corsair by adding wing-mounted radar pods carried by night fighters and bombers late in the Pacific War. 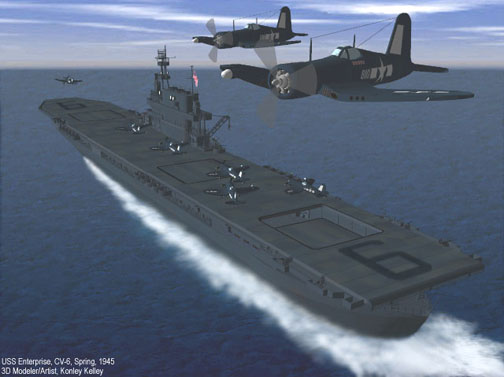 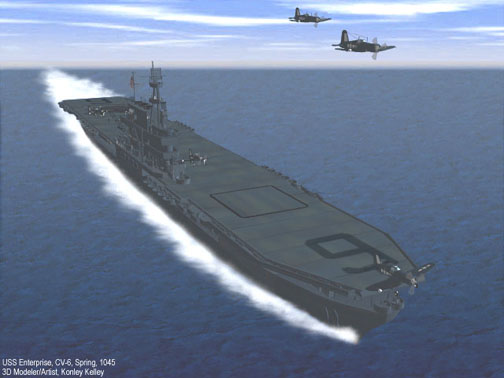 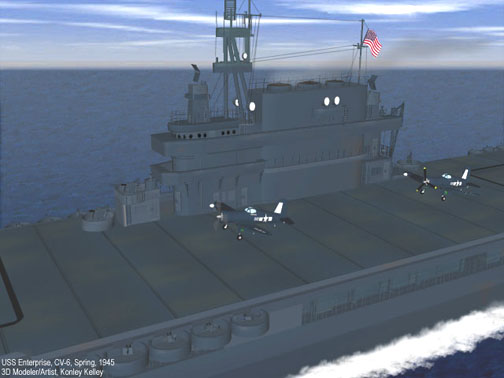 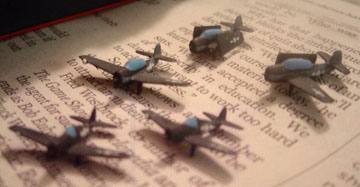 I started building the scale model Enterprise in January. This included the night fighters and bombers, F65 Hellcats and TBM Avengers. I painted each plane overall dark sea blue and used white glue to make radar pods. I made my own #6 decals for the bow and stern.

The Enterprise was painted Measure 21 in 1945. I used a combination of Navy Dark Blue and Weathered Deck Blue for my paint scheme.

For variety, I lowered the stern elevator and placed several aircraft below decks. I posed the aircraft on the flight deck as they might have look prepared to conduct a night mission in early 1945. 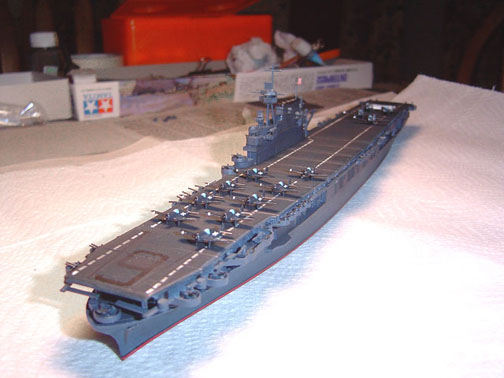 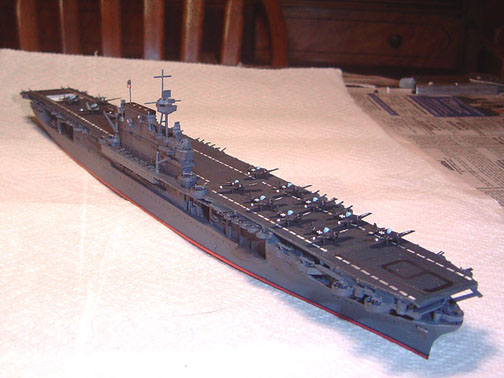 I delivered the Enterprise to the members of IPMS-NCT at the monthly meeting in June. Many members contributed aircraft, ships, and armor for a fantastic diorama of Iwo Jima. 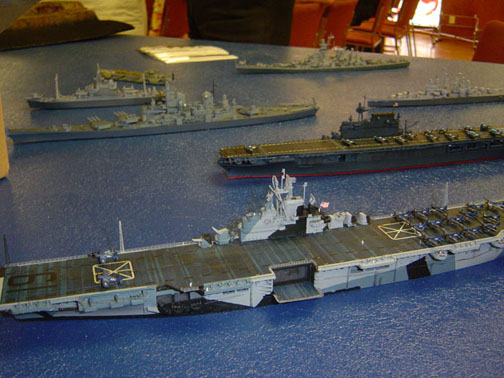 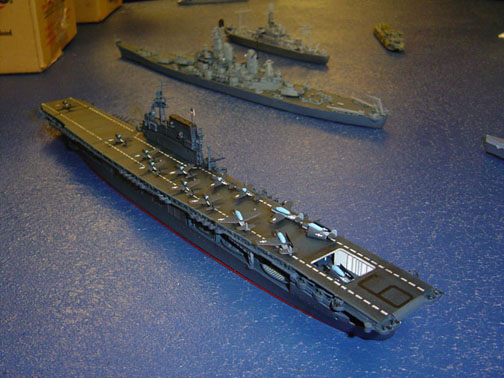 In August, the Big E sailed to Kansas City with our models and the display. The final display included a variety of US naval vessels in the waters on one side of Iwo Jima and Japanese naval vessels on the other side. A "forced perspective" technique created an interesting view of Iwo Jima and Mt. Surabachi with our brave Marines raising the flag. Congratulations IPMS NCT on a great display! Thanks for letting my model be a part of it. 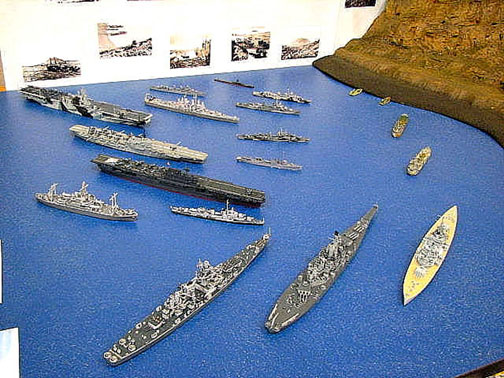 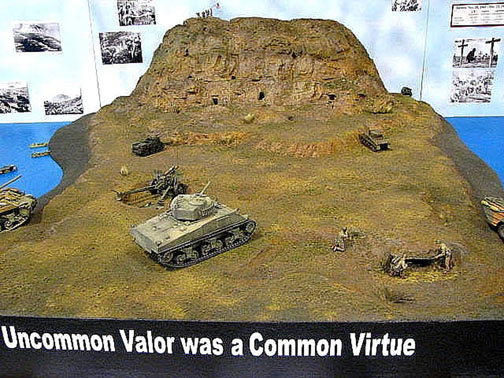 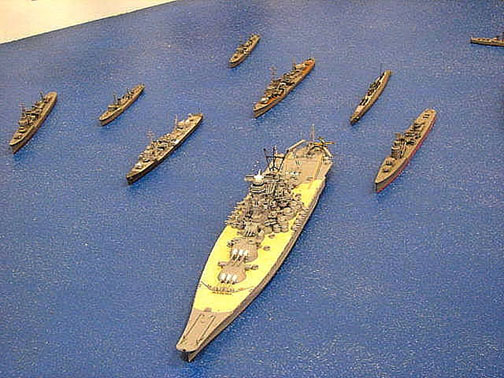 USS Enterprise CV-6 in the 1:700 WWII Aircraft Carriers display at Wings Over Dallas.